History of our centre: Golden Grove

The Healing Ministry Centre—Golden Grove Limited, 5 Forbes Street, Newtown—sits on approximately three acres of land which is part of a grant of land of 240 acres made to William Bligh in 1806. In August 1870, Edward Mason Hunt purchased the property for £17, who then sold it on to Edward Chisolm.

The name ‘Golden Grove’ comes from the suburb that once bordered the east side of Forbes Street bearing the same name (the suburb ‘Golden Grove’ has now totally disappeared and has one remaining street bearing the name). The suburb was named after the First Fleet store ship that left Portsmouth on 13 May 1787, and arrived at Port Jackson, Sydney Australia, on 26 January 1788 (a picture of the ship is on the wall in the Blue room). 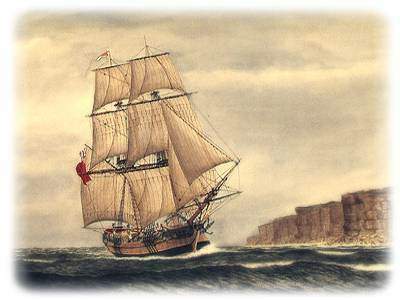 Gradually portions of the land were sold and in the 1870’s Edward Chisholm erected the present house known as Mount Eagles. It was described as a gentlemen’s residence which was surmounted by a tower and gave views to Botany Bay. In 1896 it was purchased by the Roman Catholic Church first as the residence of the Most Reverend Joseph Higgins (Auxillary Bishop to Cardinal Moran). The property was passed to the Sisters of Mercy for use in 1899, and the name changed to 'Mount St Mary'. The Sisters were responsible for the teaching at St Kieran’s Parish School in Golden Grove Street.

In 1906 the large 3-storey addition was built at the rear of the original house and was built at a cost of £1,900. It was used for a Commercial Intermediate High School and Music School conducted by the Sisters of Mercy. It also provided accommodation for the Sisters.

The purchase of the property

The name ‘Golden Grove’ was chosen as it linked in with the suburbs former name, but also because the ship carried to Australia its first chaplain (a picture of the ship is on the wall in the Blue room). Richard Johnson, his wife and servant arrived in the colony of New South Wales on this ship. It was decided that it was an appropriate name for the Healing Ministry Centre.

The Centre is the venue for residential guests—there is accommodation for 38 guests and there is ground floor accommodation in a courtyard cottage—the Kay Chandler Cottage.

The Centre is used for prayer groups, Bible Study groups and a wide ministry including workshops focusing on training people in praying, supporting, encouraging people who are sick or hurting. The Auditorium is used for the workshops and conferences.  The auditorium has a PA system and seats 120 people. Many Church groups and Christian organisations use the Centre for conferences and the Centre’s proximity to the Airport and City Centre make it an ideal place for a residential stay.

The Healing Ministry is constantly thankful for the graciousness of God in providing for the Centre and the many answers to prayer from the original purchase to the present day. Praise God!

An expanded history can be purchased by contacting our office. The book costs $5 and has been written by Dorothy Bird.